The band’s major financial sponsor and supporter is the
Watsonia Sub-branch of the RSL.

The band gratefully acknowledges their continued sponsorship and the support of its individual RSL veterans and members. The band is honoured and proud to carry the Watsonia RSL banner in the community. 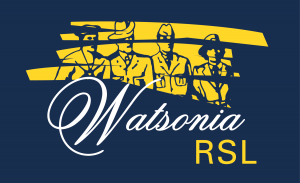 Heidelberg Repatriation Hospital
The band gratefully acknowleges the support from the Repat over the years, which includes providing a place for the band to practice during the week.

Support your local pipe band! Over the years many bands have seen hard times because they lack financial support. We encourage anyone who would like to sponsor Watsonia RSL Pipes & Drums big or small to contact Band Secretary James Brisolin on 0438 065 285 or via the Contact page. Your help and support is always welcomed.